When conducting Illinois legislative history research, it is helpful to keep in mind the legislative process. In Illinois, as in the U.S. Congress, a bill must pass both chambers, House and Senate, in identical form, before becoming a law. The Illinois Constitution requires that the law be read three times in each chamber. No debates occur during the first reading. There may be debate accompanying later readings.

There may be no debate about a bill, particularly if it has been put on an “agreed bill list”. The Illinois General Assembly adopted the “agreed bill process” for those bills it deemed in advance to be unobjectionable and therefore, not warranting debate. The legislature may group such bills together and act upon them simultaneously. For an example of the legislative process, see the "How a Bill is Passed" chart on this page. Once a bill becomes law, it is known as a Public Act (P.A.) and published in the session laws (Laws of Illinois) in P.A. number order. Eventually, the Public Act is codified (put in subject arrangement) and incorporated into the ILCS.

How a Bill is Passed 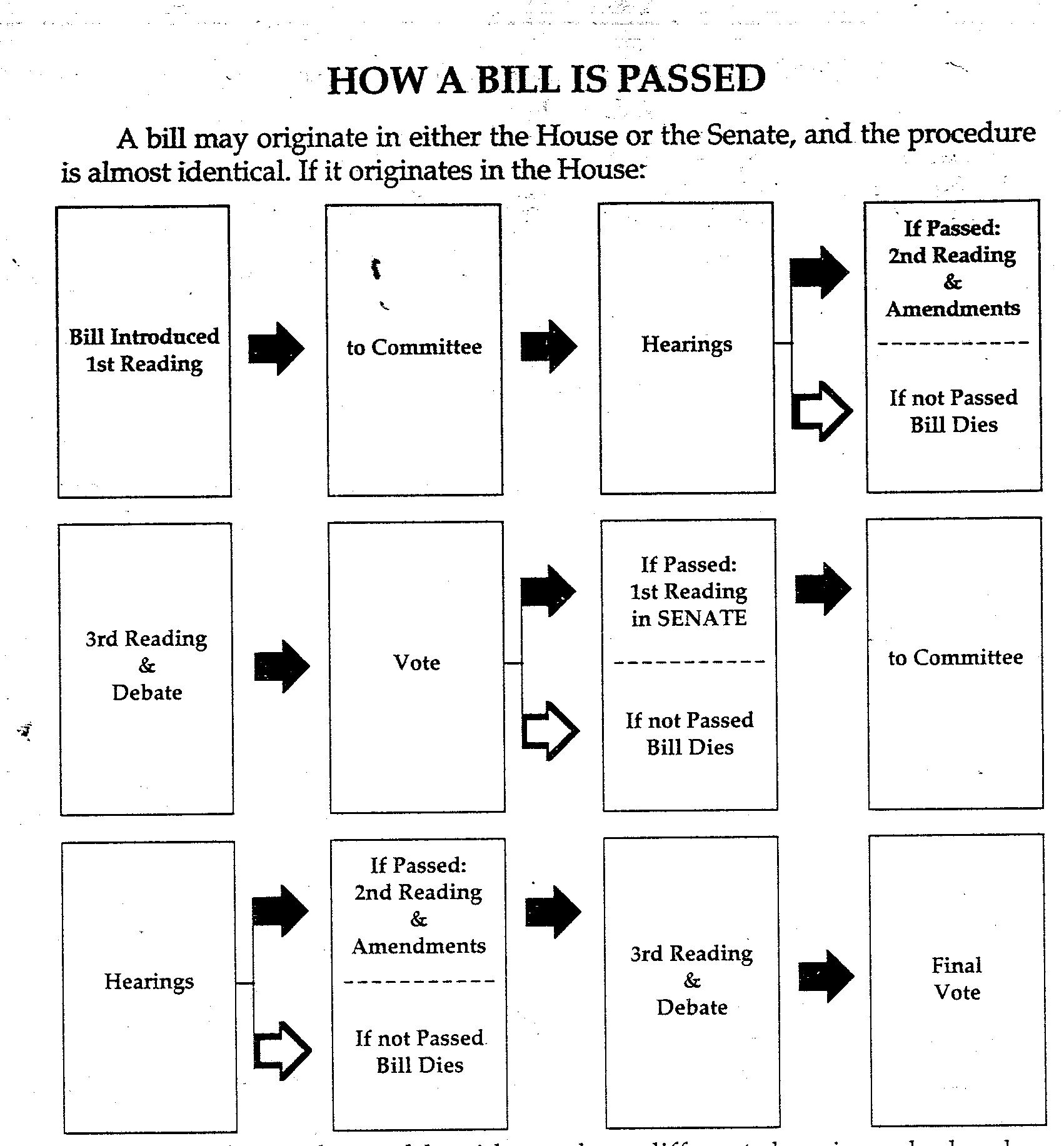 From: Handbook of Illinois Government [Springfield: Office of Secretary of State of Illinois] JK5730 .I44 Reserve