Before embarking on legislative history research, you must first identify the law you wish to research by its Public Act number. Using the statutory citation (i.e. 225 ILCS 605/3.1), you can locate the P.A. number at the end of the specific section you are researching. Note that the first two digits of the P.A. number (i.e. P.A. 87-819) stand for the General Assembly (i.e. 87th). In this instance, P.A. 87-819 is the 819th law enacted by the 87th G.A.

NOTE: There may be more than one P.A. number listed, because the section may have been amended one or more times over the years. The first P.A. number listed is usually the initial enactment of the law, while subsequent P.A. numbers refer to any later amendments. You may need to look up some or all of the Public Acts listed in order to determine which one contains the statutory language in question.

Once you identify the correct Public Act, you must then find the bill number in order to locate any legislative debate about the bill. The bill number can be found at the beginning of the text of the Public Act.

Collectively, Public Acts are know as session laws as they are issued by legislative session. The official publication of Illinois sessions laws is entitled Laws of Illinois. A complete set of the Laws of Illinois is located on the 9th floor in stack 9:17 at call number KFI1225 and a digital version is available via HeinOnline's Session Laws Library.

In addition, Public Acts are available via the ILGA website from the 90th General Assembly (1997-8) forward. Look for the bill number under the Public Act number.

Alternatively, a Public Act to Bill Number Conversion Table is available via the ILGA website for the 93rd and earlier General Assemblies.

Once you have your bill number, you should next obtain the bill status chart that indicates the dates on which the bill was read and perhaps debated. You can obtain such a chart in a number of ways. The Legislative Synopsis and Digest contains this helpful information, as do the Indexes to the microfiche of the debates on the 6th floor of the Library. Starting with the 90th General Assembly (1997-8) forward, the equivalent information can be retrieved via the ILGA website as described on the next tab. 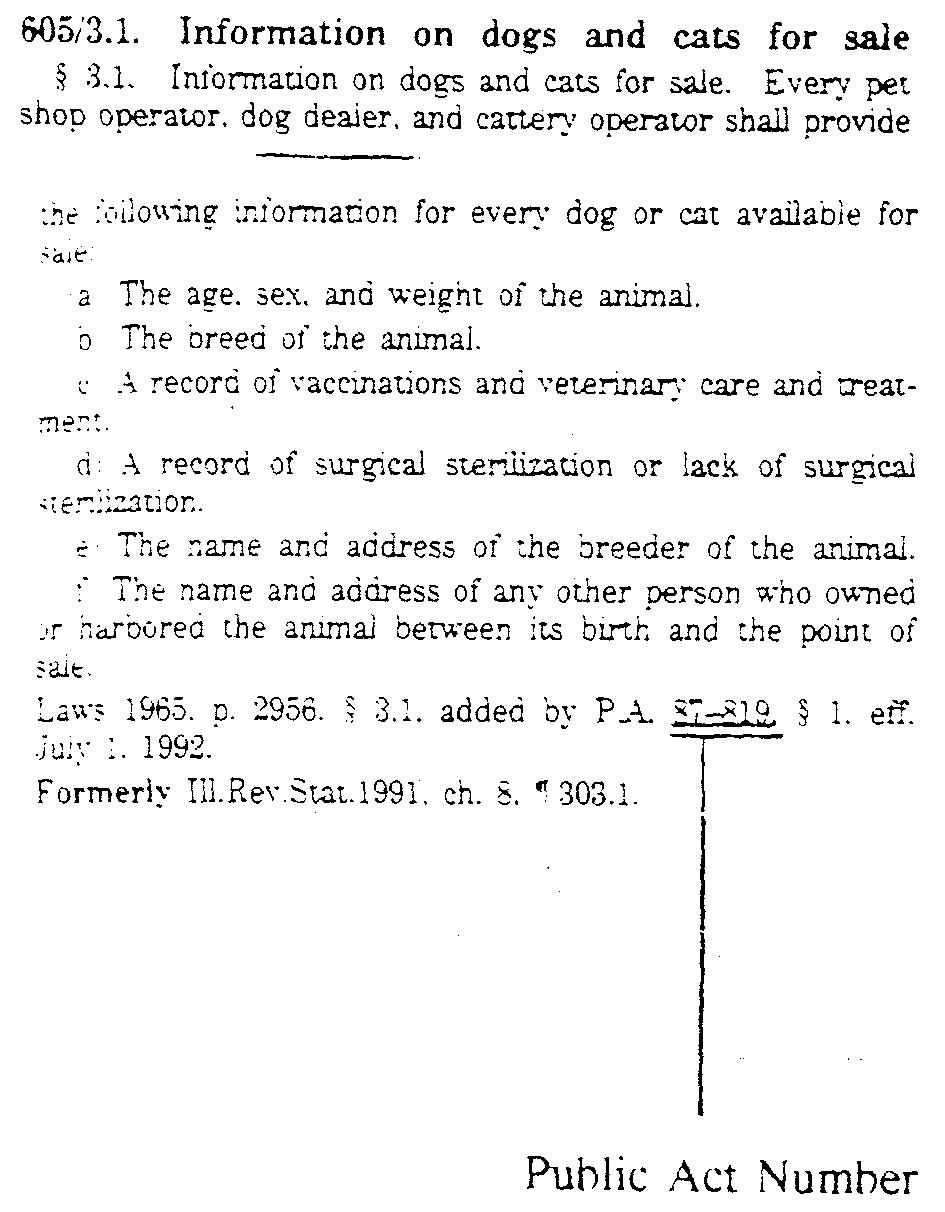 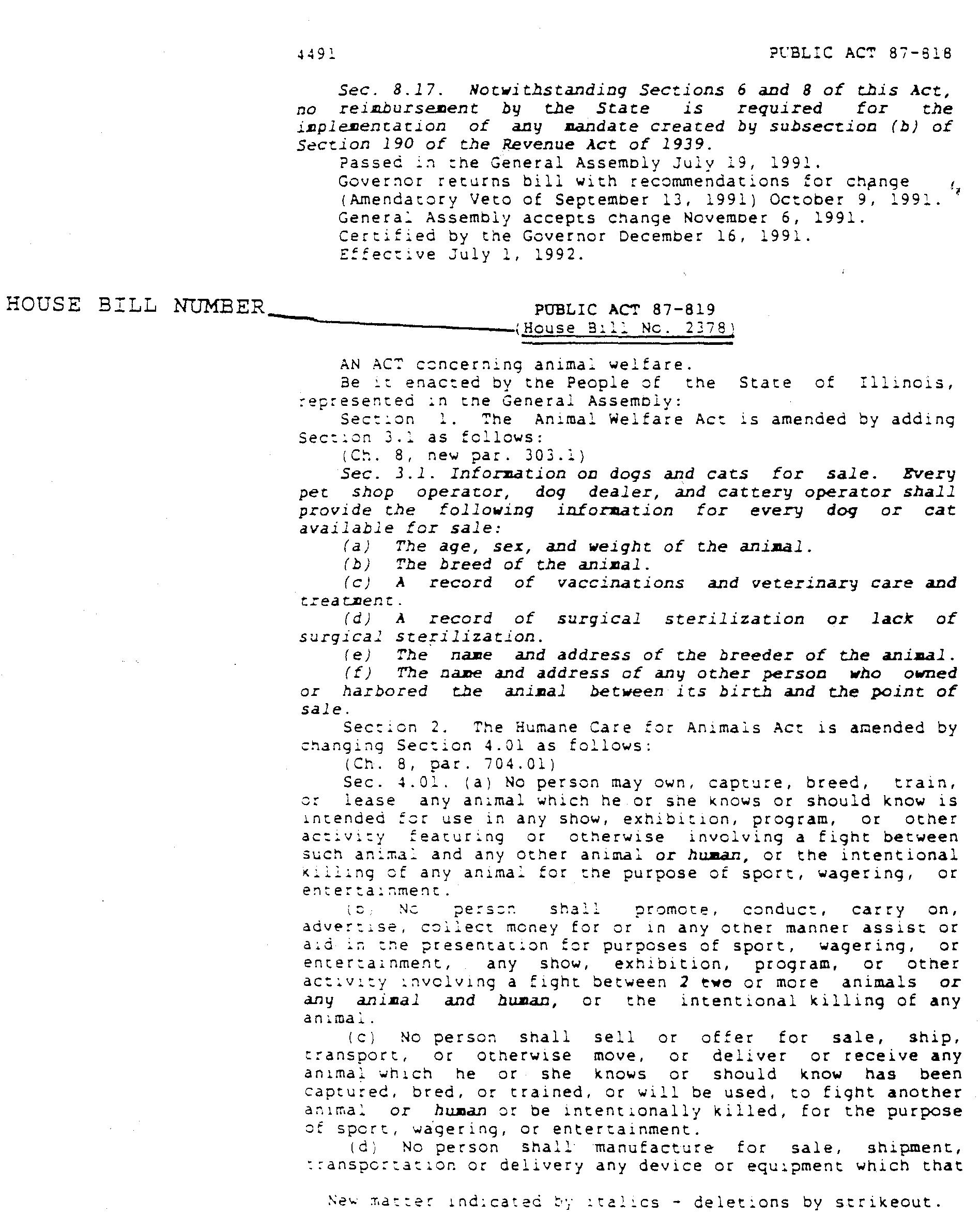